AIHM PRESIDENT’S CHOICE NO. 66: THE HEALTH EFFECTS OF INTERACTING WITH NATURE

The Health Effects of Interacting with Nature

Let us begin the next season in reverence of nature and its effects on human physiology. I’m aware of calling your attention to articles that seem to offer evidence for what we should intuitively know, but the society of medicine demands proof —sometimes for what seems obvious—before standardizing recommendations. Once again, I thank Dr. Ted Schettler and the Collaborative on Health and the Environment’s work for sharing this article. 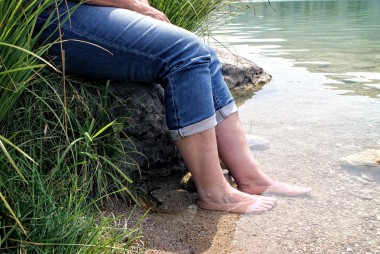 In this gorgeous National Geographic article written by Florence Williams and photographed by Lucas Foglia, entitled, “This is Your Brain on Nature”, the work of University of Utah researcher, David Strayer, PhD, is highlighted, in addition to other studies that demonstrate significant benefit from living near and/or experiencing nature. Strayer asserts, “Our brains aren’t tireless three-pound machines; they’re easily fatigued When we slow down, stop the busywork, and take in beautiful natural surroundings, not only do we feel restored, but our mental performance improves too.” Strayer has demonstrated this concept with a group of Outward Bound participants, who performed 50 percent better on creative problem-solving tasks after three days of wilderness backpacking.

The prevailing theory is that nature mitigates the stress response. Measurements of stress hormones, respiration, heart rate, and sweating suggest that short doses of nature—or even pictures of the natural world—can calm people down and sharpen their performance.[/blocklquote]

Richard Mitchell, an epidemiologist at the University of Glasgow in Scotland, did a large study that found less death and disease in people who lived near parks or other green space—even if they didn’t use them. “Our own studies plus others show these restorative effects whether you’ve gone for walks or not,” Mitchell says. Moreover, the lowest income people seemed to gain the most: In the city, Mitchell found, being close to nature is a social leveler. 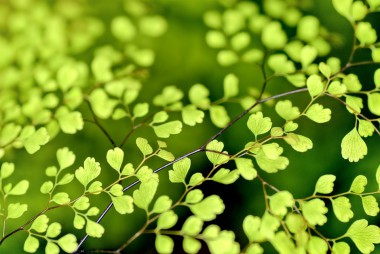 The prevailing theory is that nature mitigates the stress response. Compared with people who have less favorable window views, those who can see trees and grass have been shown to recover faster in hospitals, perform better in school, and even display less violent behavior. Measurements of stress hormones, respiration, heart rate, and sweating suggest that short doses of nature—or even pictures of the natural world—can calm people down and sharpen their performance. Researcher Yoshifumi Miyazaki at Chiba University believes our bodies relax in pleasant, natural surroundings because they evolved there. Our senses are adapted to interpret information about plants and streams, he says, not traffic and high-rises.

Nooshin Razani at UCSF Benioff Children’s Hospital in Oakland, California, is one of several doctors who have noticed the emerging data on nature and health. As part of a pilot project, she’s training pediatricians in the outpatient clinic to write prescriptions for young patients and their families to visit nearby parks, an ‘intervention’ that is becoming increasingly common, and is a response to Nature Deficit Disorder, a term coined by Richard Louv.

Korea Forest Service scientists used to study timber yields; now they also distill essential oils from trees such as the hinoki cypress and study them for their ability to reduce stress hormones and asthma symptoms. Indeed, forest bathing is a practice that recognizes the positive health effects of exposure to phytochemicals when we breathe them in while visiting a forest.

Korean researchers have used functional MRI to observe brain activity in people viewing different images. When the volunteers were looking at urban scenes, their brains showed more blood flow in the amygdala, which processes fear and anxiety. In contrast, the natural scenes lit up the anterior cingulate and the insula—areas associated with empathy and altruism. 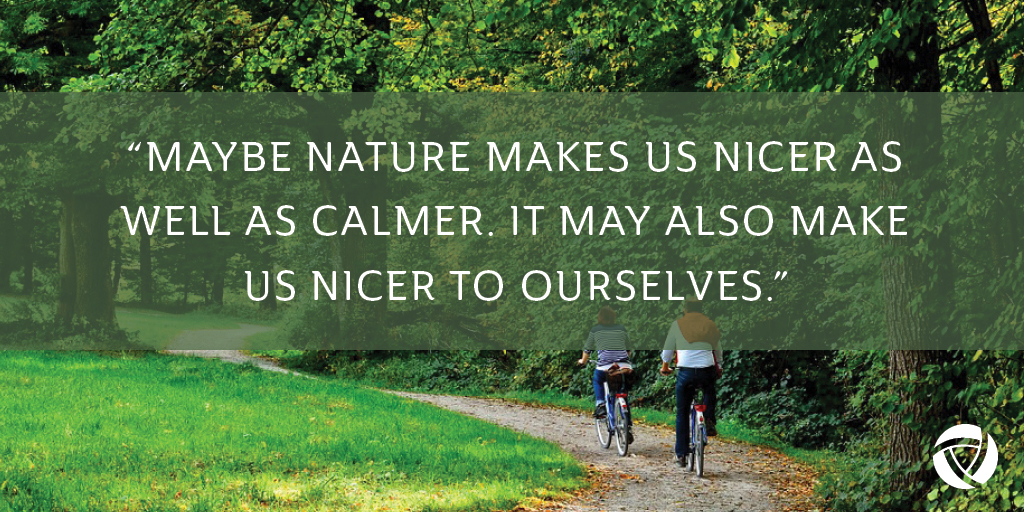 Williams comments, “Maybe nature makes us nicer as well as calmer. It may also make us nicer to ourselves.” Stanford researcher Greg Bratman and his colleagues scanned the brains of 38 volunteers before and after they walked for 90 minutes, either in a large park or on a busy street in downtown Palo Alto. The nature walkers, but not the city walkers, showed decreased activity in the subgenual prefrontal cortex—a part of the brain tied to depressive rumination—and from their own reports, the nature walkers beat themselves up less. Nature, he says, may influence “how you allocate your attention and whether or not you focus on negative emotions.”

Imagine a therapy that had no known side effects, was readily available, and could improve your cognitive functioning at zero cost. It exists, and it’s called “interacting with nature.”

Stephen Kaplan and his colleagues found that a 50-minute walk in an arboretum improved executive attention skills, such as short-term memory, while walking along a city street did not. “Imagine a therapy that had no known side effects, was readily available, and could improve your cognitive functioning at zero cost,” the researchers wrote in their paper. It exists, they continued, and it’s called “interacting with nature.”

Need more evidence? I don’t. I’m going outside for a walk in the woods and hope you do the same (and often)!

The Academy of Integrative Health and Medicine (AIHM) Journal Club has selections of clinical medical results, advances in integrative health care, and more. AIHM President, Mimi Guarneri, MD, FACC, ABOIM, shares curated selections. This series is called The President’s Choice. It is tradition of the American Board of Integrative Holistic Medicine (ABIHM) that has been carried over as an AIHM member benefit.  The President’s Choice selections on MimiGuarneriMD.com will post several weeks after the original articles appear on AIHM.org/PresidentsChoice.

The AIHM Committee on Publications supports the journal club’s editorial independence. The Journal Club also provides editorial support for the AIHM fellowship and AIHM educational offerings. You are invited to join the AIHM and bookmark the AIHM Journal Club Index. To view the extensive list of posted articles, go to the AIHM website:  https://www.aihm.org/about/journal-club/